Not all dirt is equal.

That is why emco 3-zone cleaning combines different specialised mats to create a sensible system: optimised for your needs!

It is the combination of three different zones that makes the emco entrance matting system so powerful. Each individual zone is in itself extremely effective and enormously resilient, but together they develop their full power. The first zone has special inserts to prevent coarse dirt from entering the building. The second zone with a nonslip insert material ensures that fine and damp dirt is removed. The third zone absorbs residual moisture and dirt and not only helps prevent accidents caused by slipping, but also prevents dirt being brought into the building from the mats themselves. Only emco helps alleviate dirt by using there powerful triple action combination. 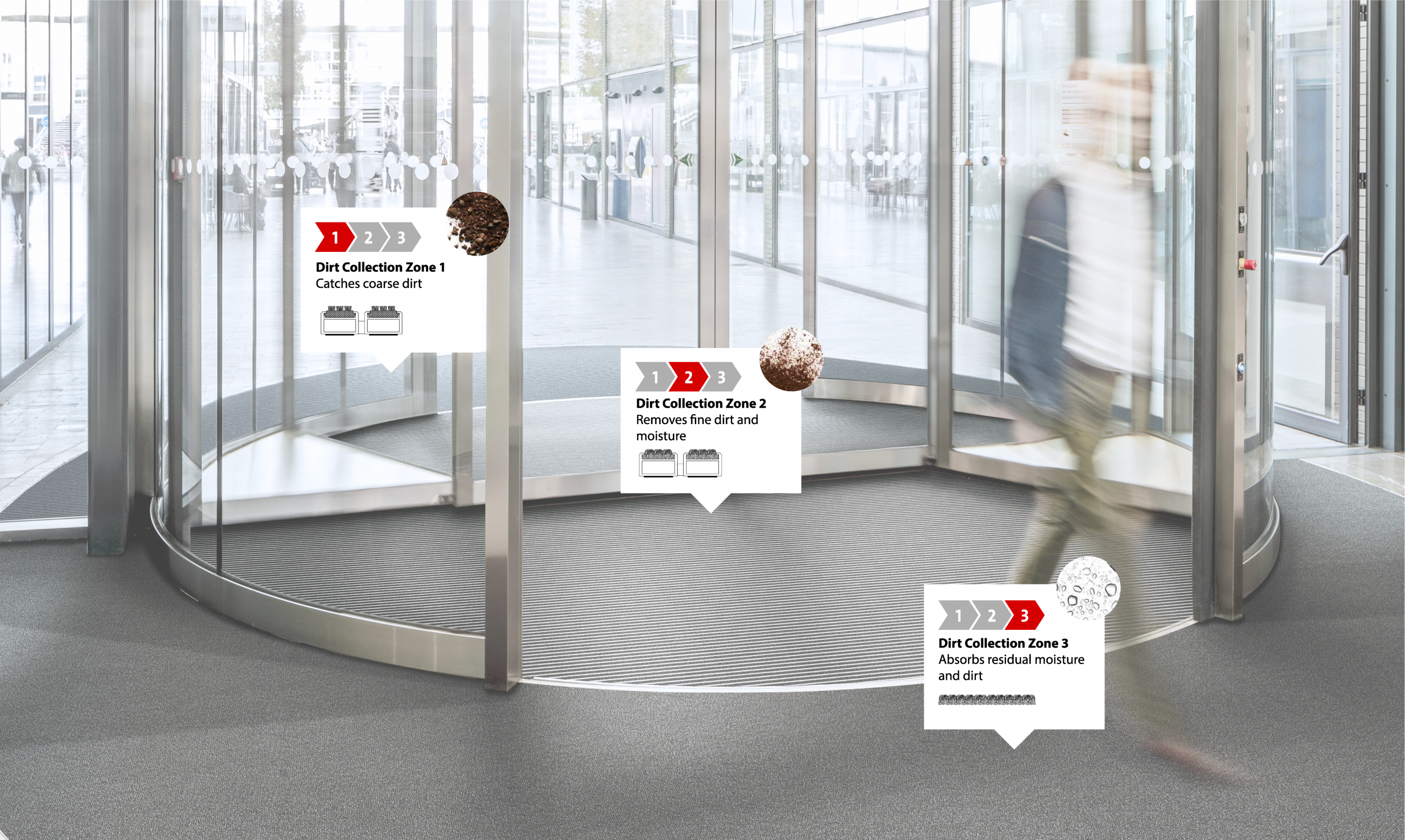 Coarse dirt. Fine and damp dirt. Residual moisture and dirt. We have developed the 3-zone cleaning system – a combination of various floor mat modules that reliably collects all types of dirt. This can be customised down to the last detail to suit the needs of your project. 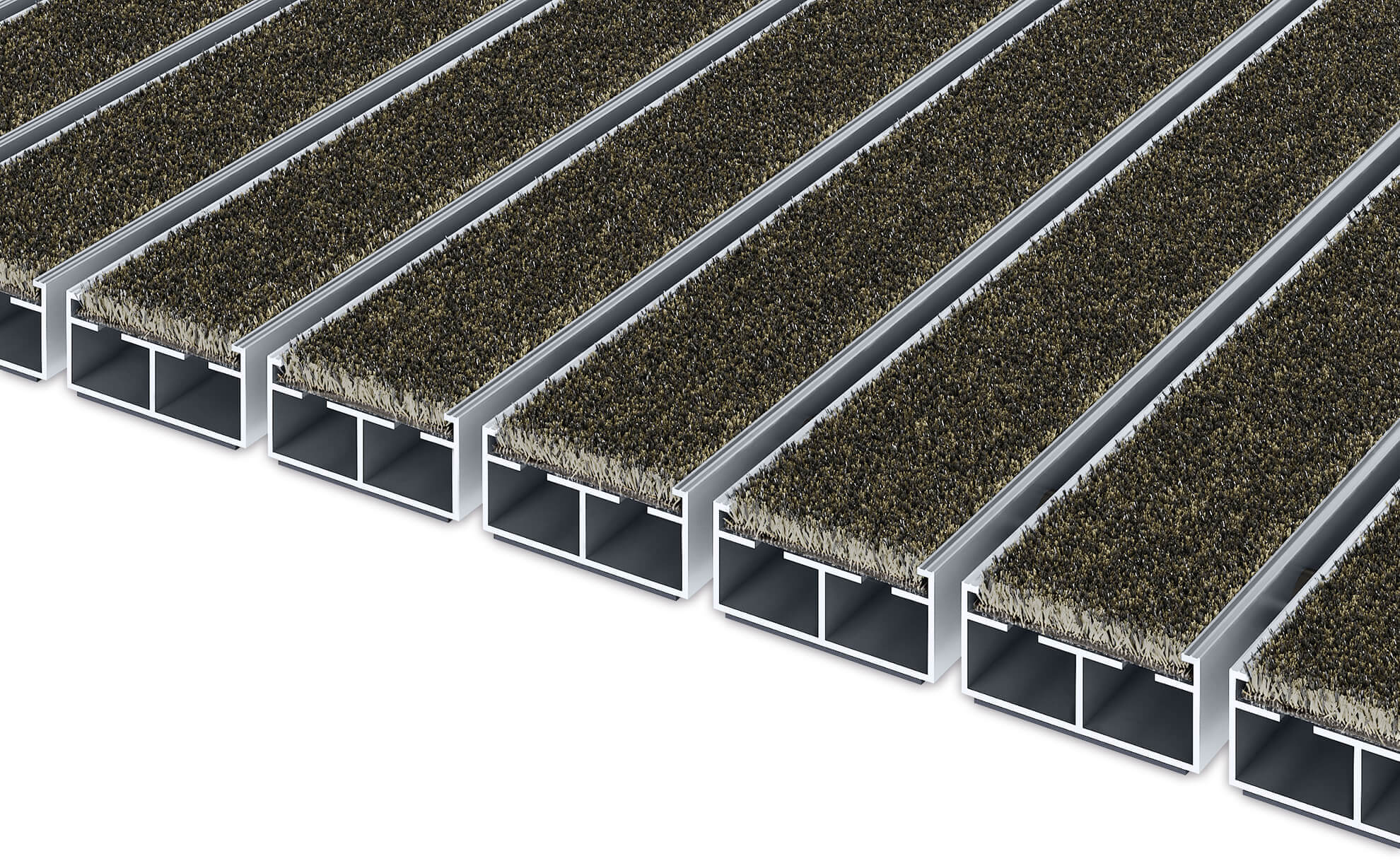 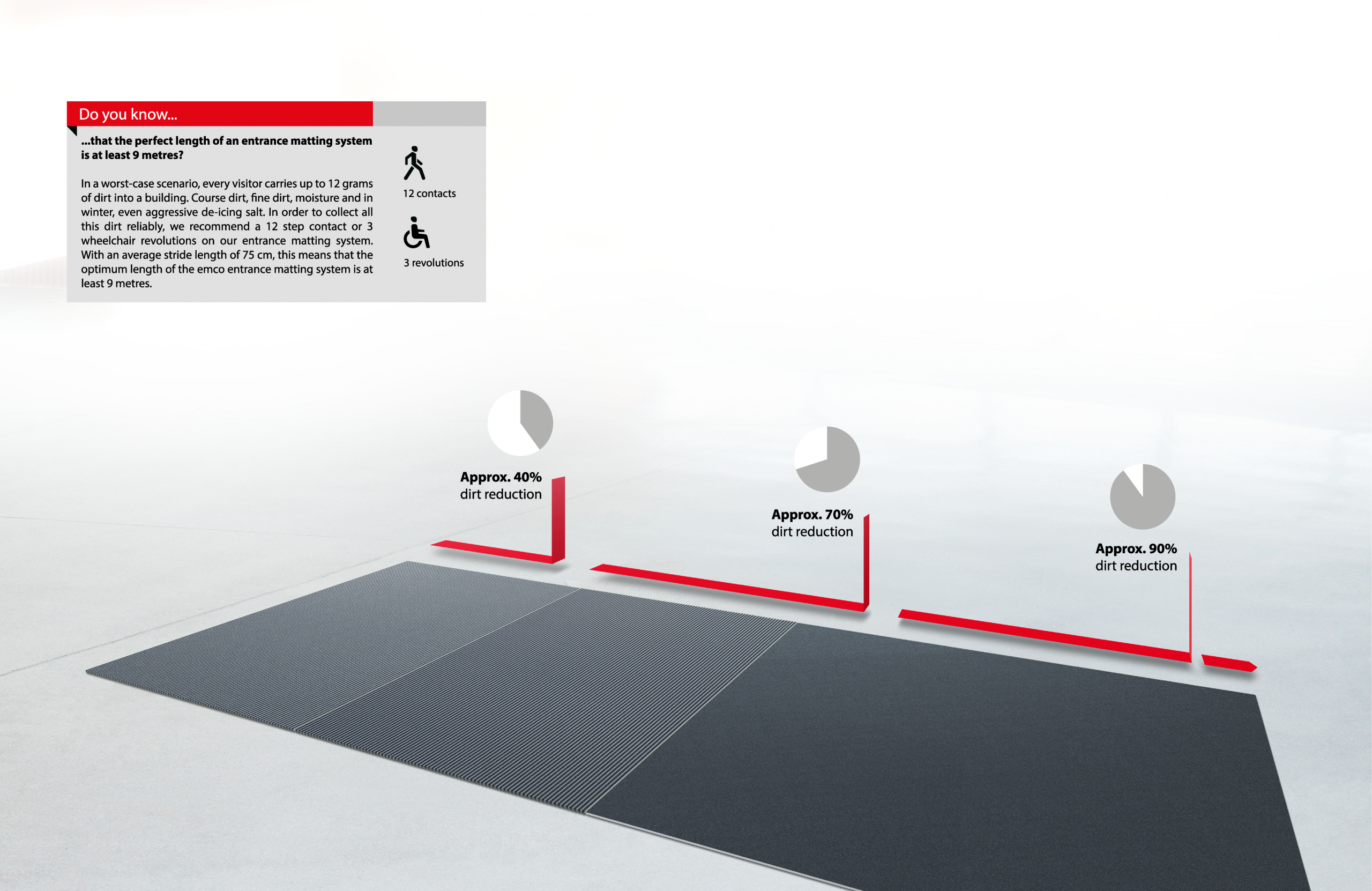